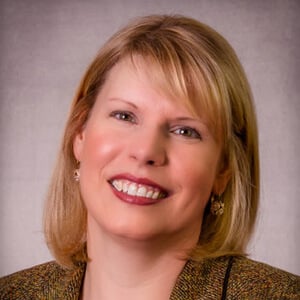 Lisa is the President of Sales & Marketing for Mazon Associates, one of the oldest factoring companies in Dallas, Texas.

2019 is halfway through, and it is quite evident that the industry is experiencing high returns and is now stronger than ever before. This year has proved to be a great year for the industry so far and there is a high chance that the prosperity of the industry will continue for the remainder of the year too.

However, things haven’t always been this good. The price collapse that occurred during 2014 -2017 was a devastating event for the industry. It’s true that the country wasn’t prepared for the consequences, and that’s why it hit so hard. The industry was forced to cut costs and even the survival was at stake. Numerous E&P firms went bankrupt during the time and things were hard for a while. Things looked bleak for a long time, but it was also an opportunity.

The setback enabled the United States to take a look at their existing policies and work for technological advancements in the industry. With the transformation, the prosperity of the industry was also enabled.

Zeroing in on the progress of the industry in the United States will make it clear that the stats are looking good so far, and the prospects are looking good for the next few years too. With a growth in supply, it’s fair to say that the industry is going through a highly planned revolution. The rapid transformation of the global oil markets is set to dissolve the closed competition in the industry, and a new player will be competing in the top ranks.

That’s a great feat, but the best is yet to come. If the stats keep up the results they have been showing this year, the coming era is going to be a great one. It’s true that Saudi Arabia has always led the numbers when it comes to oil exports, but with the changes occurring in the industry, the day isn’t far when the United States will close in on the high numbers flaunted by Saudi Arabia.

Industry Growth in 2019 and beyond

There are other sources of supply, but most of them suffer because of one weakness. In the industry, price signals shift rapidly, which can cause issues for the key players. However, there is a way to ensure that the ever-changing price signals don’t pose a threat to the industry. If the player in the market has the ability to swiftly respond to these changes, they would be able to tap into the potential of the industry. And that’s where the United States is winning!

With its eyes on the price signals, the United States has managed to achieve the position it is in today. But the best news is yet to come. Three is a chance that the United States can achieve much more if the prices continue to rise.

What the Future Holds

Based on the current figures, it’s easy to say that the future looks quite promising. People are now more confident about the industry and all that it has to offer. The increased economic growth is something everyone is looking forward to, but there’s also a fear that the global economy can pose some threats to this newfound success.

It’s fair to say that the overall picture looks quite promising and healthy. With the low rate of unemployment and stable prices, all the key players get to enjoy the competition in the market and prosper through and through. The best part is that these figures support growth of about 2.5% – 3% in the coming quadrant. Sustainability has progressed from being a niche issue to being the center of strategies. Now investment decisions are based on the sustainable practices of the industry, thus providing all players a chance to experience success. The United States is working alongside other companies to decrease their carbon footprint and ensure environmental health.

Things are looking good for the whole industry, and this is the right time to start investing. If you are an entrepreneur looking for opportunities to advance your business, you have the chance to reap the advantages of this successful industry. Get in contact with factoring companies to acquire funds.

Mazon Associates, Inc. has been providing factoring services for more than 40 years. We’ve helped thousands of clients grow their businesses and achieve their financial goals. We consistently provide a first-class experience in accounts receivable financing. You can depend on Mazon for your cash flow needs.

We don't charge application or startup fees, so you can start factoring invoices with no out-of-pocket fees.

Our contract terms are month-to-month, so you can cancel at anytime with only a 30-day cancellation notice.​

We don't charge monthly minimum fees, so you don't get charged when you don't factor invoices.

Every month in your inbox